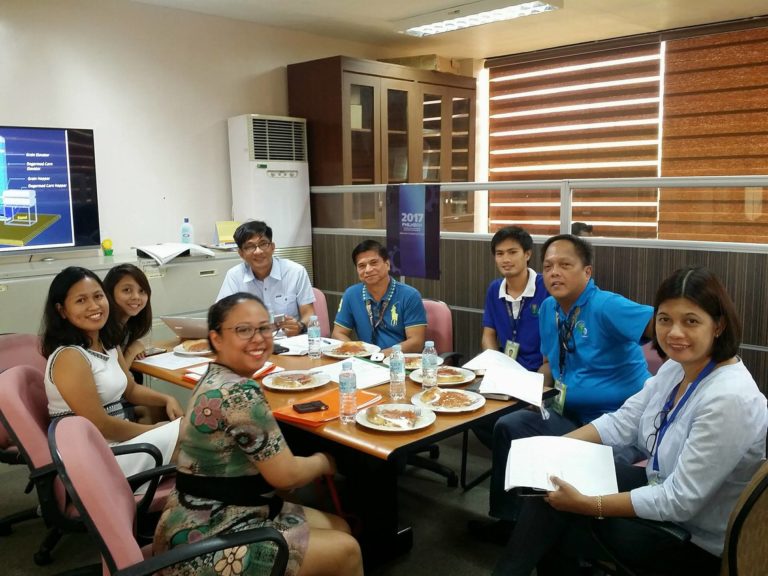 With the tandem efforts between Technology Application and Promotion Institute (TAPI) and Philippine Council for Agriculture, Aquatic and Natural Resources Research and Development (PCAARRD), valuation of agricultural technologies is now being done in the country, thanks to the project “Valuation of Technologies Generated form PCAARRD-funded Research”.

The Project, being funded by PCAARRD with a total of P4.9 M devoted funding for a stretch of two years, will include outsourcing valuation to IP firms and capacity building for both researches in the country.  “This a landmark move for DOST technologies market assessment that will happen as DOST presently intensifies its investment in rolling out government-funded technologies”, Engr. Edgar I Garcia, TAPI’s director stated.

According to Dr. Reynaldo Ebora, PCAARRD Executive Director, the translation of the value of technology to a commerciable one is the biggest challenge so far for the technologist and funding agencies.  Hence DOST is giving attention in assessing the market value of a technology. It capitalizes in valuation of its funded technologies as this would be a determining the fate if it is worth commercializing or to roll out for public use.

Mr. Noel Catibog, OIC Director, PCARRD-TTPD for his part, expressed that valuation is relatively new and unexplored area in commercializing DOST technologies and yet to develop its capacity along this area.

TAPI is now benchmarking a milestone for eventual commercialization through valuation and providing leverage for the technologist especially during negotiations for the marketing of their developed technology. IP firms like Sapalo Velez Bundang and Bulilan Law Offices, Hechanova and Co. Inc., Baranda and Associates, and RevoIPMente signified their interest to back-up TAPI with this new venture.

For instance, the “Impeller Rice Mill, was found to be high-value technology. The result encouraged more the developer Philippine Center for Agricultural Mechanization (PhilMech) to exhaust its competitiveness and leverage in the market.

“While we are targeting a global market, it is so necessary that a local market must first be satisfied with the technologies that we are producing in the country”, Dr. Michael Gragasin, inventor of the Impeller Rice Mill said. He is very positive that the valuation result would serve as a leverage for the impeller to be out in the market soon.

Meanwhile, the Goat Semen Extender of Isabela State University (ISU) was also deemed to have a strong position as pioneering technology in the market. Based on the its valuation result, the technology is in a position to secure and maintain a substantial market share over followers and new entrants. According to its inventor, Ms. Aubrey Joy Balbin, this technology can compete with the technologies of other Asian goat producing countries.

Both PhilMech and ISU are now being backed-up by the result of the valuation in commercializing the technology.

Atty. Marion Ivy D. Decena, the Project Leader, shared that it is very important that the researchers have in mind who the targeted market from the onset of developing their technologies. This will lead to more realistic and verifiable assumptions. “Valuation will all depend on the assumptions given as the researcher sees it fit and will always be unique from one technology to another”, Atty. Decena mentioned.

While few of the technologies has a low valuation result, this challenges the researchers and funding agency to look for the market need before delving to certain research.

“A market must be a greater consideration in coming-up with technologies that should be funded by the PCAARRD,” Director Garcia added.

“It is quite clear now to the technology owners and even to the funding agencies that knowing the value of their technology is a leverage in the negotiation for its commercialization and likewise as a requirement in securing a Fairness Opinion Report and we acknowledge and recognize the efforts of PCAARRD, our partner in giving this project a priority,” Atty. Decena added.

Another batch of 10 technologies will be valuated due next year.

by: Anna Liza B. Saet