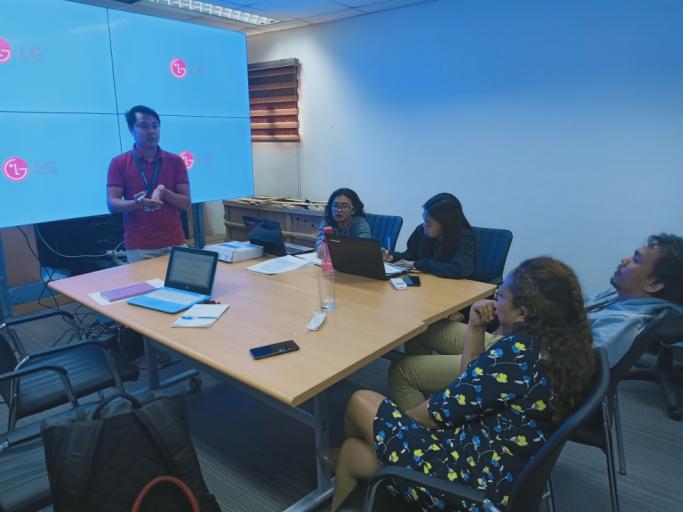 Pursuant to the Technology Transfer Act of 2009, the HIRANG DOST-ASTI Internship team members, with the persistent proposition of their mentor, Atty. Anne Mariae Celeste Jumadla, persuaded the researchers of the technology “Remote Sensing and Data Science (DATOS) Help Desk” to have a spin-off to license the technology as part of the deliverables of the program. This Act provides the framework and support system for the ownership, management, use, and commercialization of intellectual property (IP) generated from research and development institutions (RDIs) funded by government and for other purposes.

A spin-off is a new independent company that has shares of an existing business by RDI. The above mentioned Act allows the researcher-employee to pursue commercialization of the Intellectual Property (IP) generated from R&D by creating, owning, controlling or managing a company of spin-off firm undertaking commercialization.

With this start-up, the legal matters and marketing strategies will be accomplished through the assistance of the Technology Licensing Office (TLO) and guidance of the HIRANG mentor. Mr. Roel M. Dela Cruz, head researcher of DATOS technology, agreed to the terms of the spin-off not requiring the researcher-employee to leave the institute especially that the company is still in its early stages. This spin-off will make joint ventures with large companies possible since it has a different licensing agreement than that of DOST-ASTI. The TLO will allow sub-licensing given specific guidelines, as reiterated by Atty. Jumadla, the team mentor.

In complete faith and confidence, Dr. Joel Joseph S. Marciano, former acting director of DOST-ASTI and head researcher of the KOOHA technology, manifested his interest to do a spin-off and license this technology. He agreed to adapt, invest, profit, and enjoy the perks and advantages appurtenance with this.

To affirm this partisanship of the researchers, Ms. Maria Irene S. Amatorio, one of the DOST-ASTI interns, already drafted the initial Technology Licensing Agreement (TLA) with the spin-off for both technologies under HIRANG Internship Program. The licensing terms is to adopt, utilize, make, produce and/or commercialize the Technology and/or Product in the territory of Philippines for a period of five (5) years provided that the spin-off should start operating and producing products within six (6) months from the execution of the agreement.

Optimistically, they are finalizing all the requirements needed to legally establish the start-ups by the end of June 2020.