In close coordination with PSHS and Department of Science and Technology Region VI, TAPI successfully implemented the second leg of the trainors’ training program.

Invent School Program (ISP) is one of the leading programs of DOST-TAPI and designed to open the young minds of students as a starting ground for young Filipino inventors.

Dir. Garcia and Dir. Habacon graced the opening ceremony; gave a brief backgrounder of the program and inspired the student participants respectively. While Dir. Gelonga concisely discussed the research and development (R&D) map of the country and the significance of Science and Technology, and Innovation in economic and social progress as a key driver for a long-term growth of an economy.

“DOST is the mother agency to support growth and innovation in the country. As part of the agency, it is our obligation to engage in innovative works.” Dir. Habacon said.

The two-day training-workshop was handled by speakers from various fields, in particular by Engr. Maria Concepcion Zabala of Intellectual Property Office of the Philippines (IPOPHIL) who discussed the importance of intellectual property rights and prior art search; Mr. Rommel Adame of Metals Industry Research and Development Center (MIRDC) on the significance of prototyping; and Ms. Chona Suner-Narvadez of PhilRice on the necessity of considering the target market of a technology in terms of commercialization. Mr. Arceo lectured on invention development.

Atty. Decena emphasized that the lecture is just a glimpse on how TAPI conduct the Invent School program.

“After you go back to your campuses, as the future trainors, you are expected to do an apprenticeship program wherein you will be paired with our experts from TAPI and other agencies to conduct Invent School activity.” Atty. Decena said during her closing remarks. 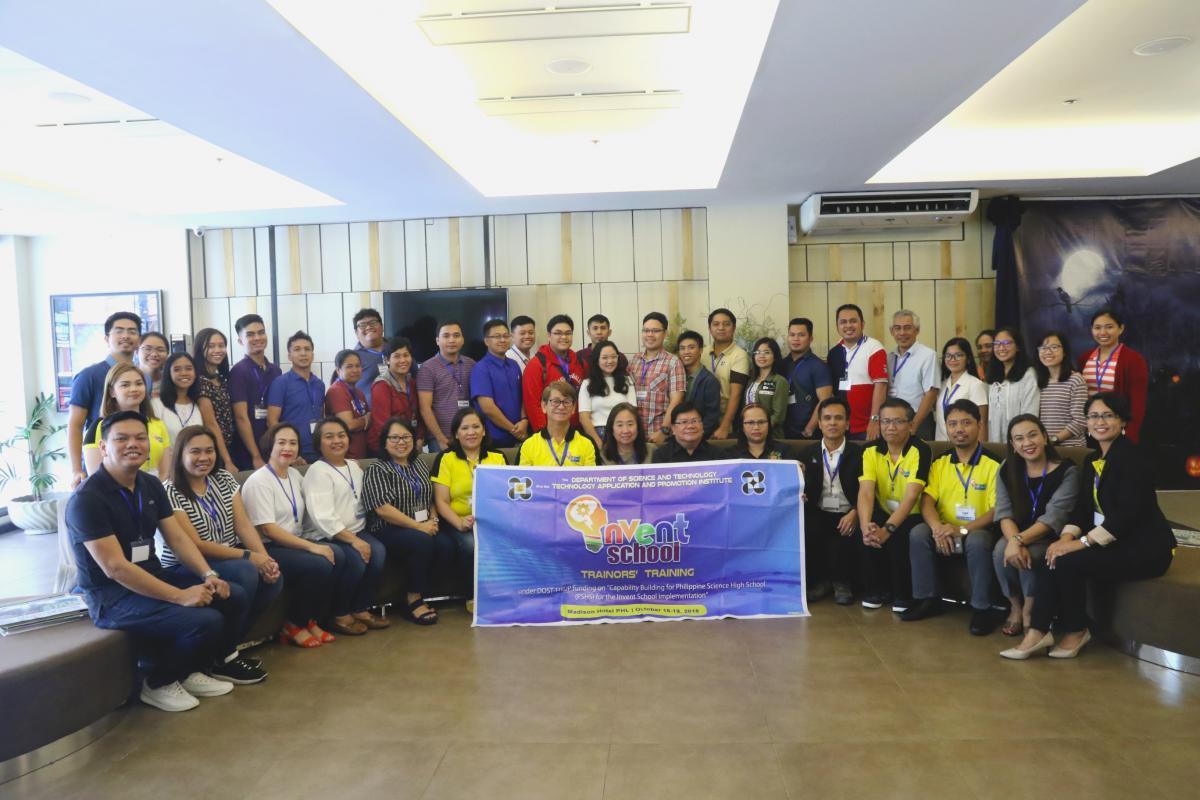 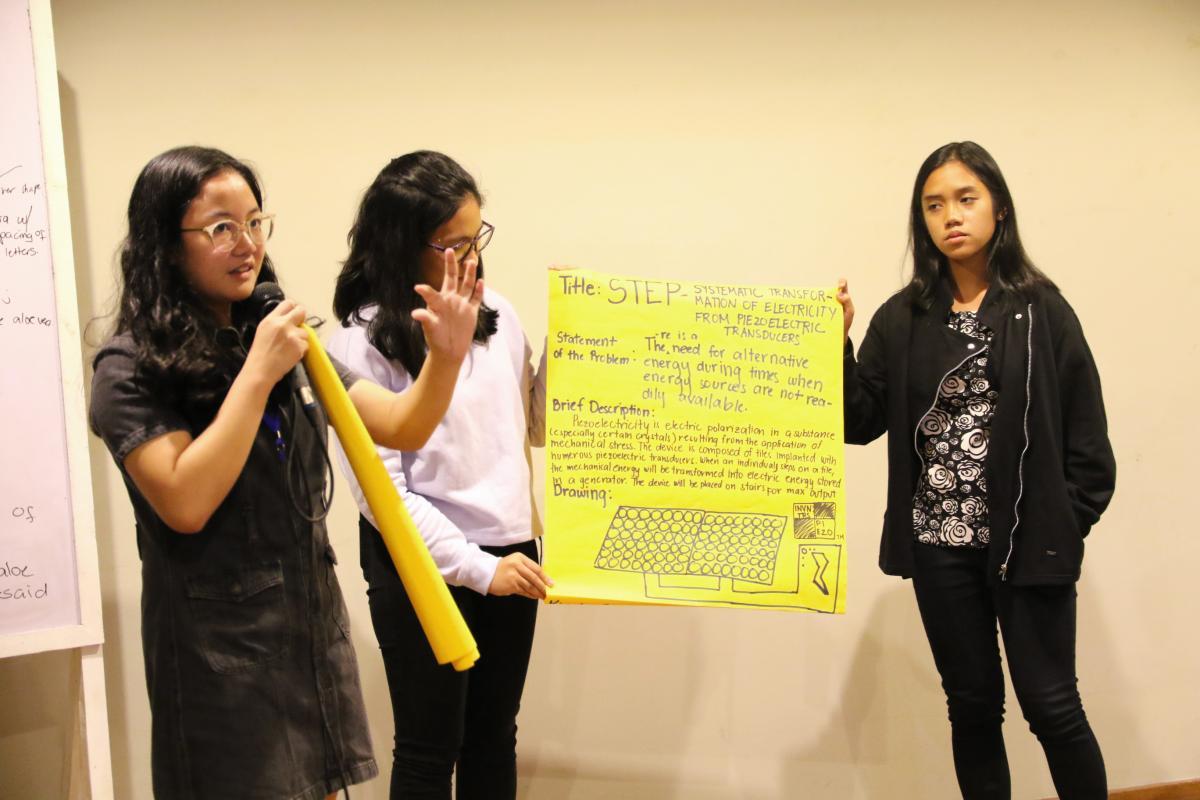 PSHS students present their idea in one of the workshops. 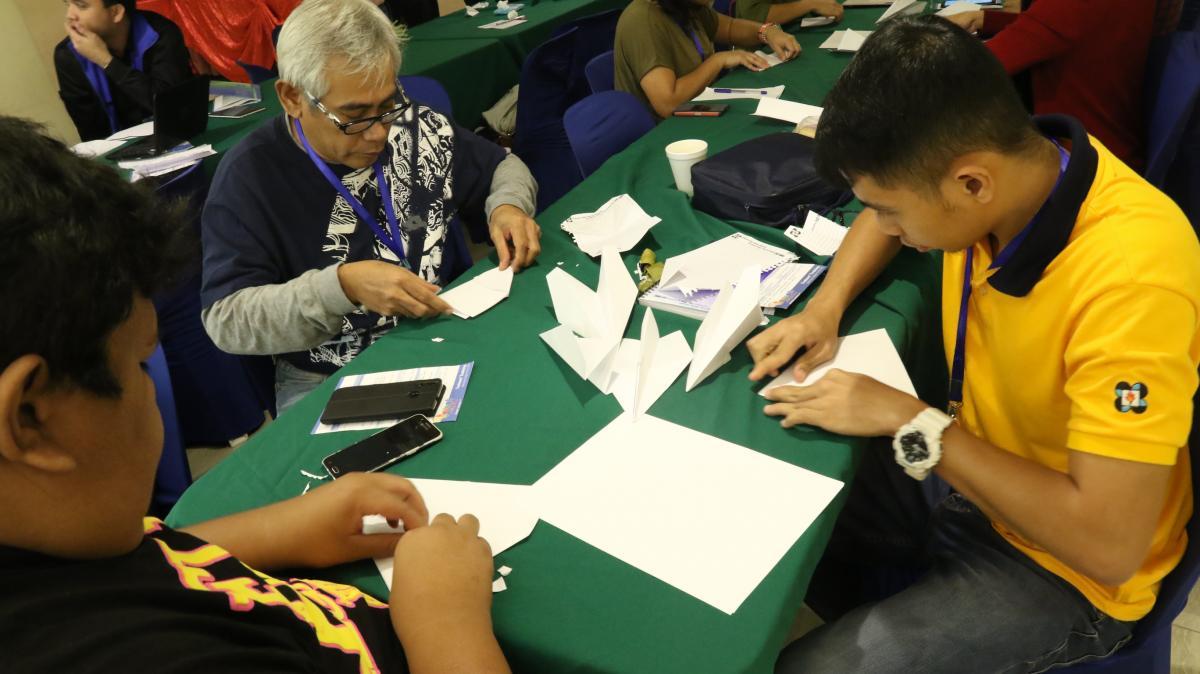 Faculty members busy with their “prototypes” during one of the workshops.